skip to main | skip to sidebar

Added a couple of links to some of the clubs roleplaying websites, where you can follow the progress of the various characters. Old world tales and Forgotten Realms
Posted by Neil Scott at 09:33 1 comment:

the road to shel,s head 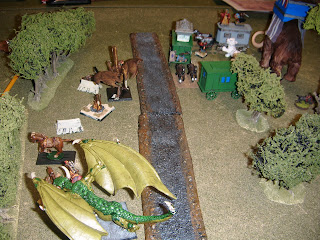 as the group were resting for the night three wyvern,s attacked the camp without warning unless a large winged dragon flew over a couple of mins ago to high to have a shot at,
the dogs started to bark next to the sleeping barrbarian never stired a inch on the other side of the camp the dwarf was holding is own against this large crecture,the noble sleeping on top of the mamoth woke up jumped of the mamoth double sumersult and landed right on the crectures neck and sruck it thrugh the head it dropped dead befor it it the ground,he,s good with them dice
the barberian woke up with the dogs chewing its feet then it it with is knew sword then the other pc came in and helped pollish it off,the third one was killed by a lance in the gut by a pc on a tiger.the dogs feed well that night
Posted by harry at 04:08 No comments: 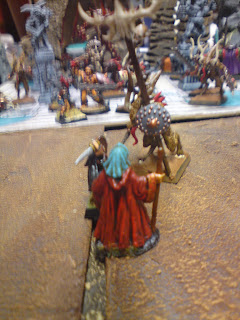 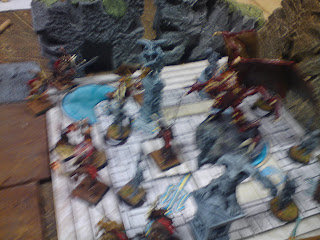 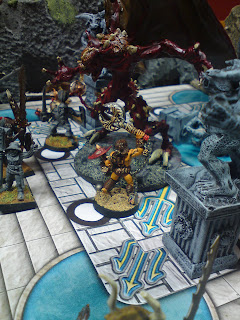 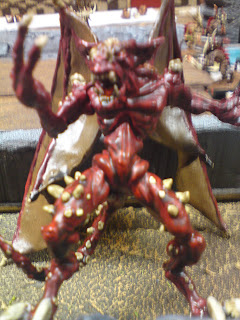 the band of adventures are told about a deamon lives under the town
where he keeps the town safe from empires tax collectors and the towns
people leave him alone,they must go under water to get to the cave.
they take poctions so they can breath under water and fight as normal.
do they get a surprise,THAT,S BIG LOOK AT THE TEETH ON THAT.
I MEEN THEM,
Posted by harry at 03:19 No comments:

Just a few photos from a recent VBCW game using the free rules from Empress miniatures. It was based on the local constabulary backed up by BUF, auxiliaries and army trying to arrest the local Vicar before he could be rescued by the approaching Anglican League.
All in all a successfull result for the Police as the Anglican League got themselves involved in a firefight with some local workers militia taking a rest in the local pub, as such they forgot their objective who was promptly marched off to the Police cells. 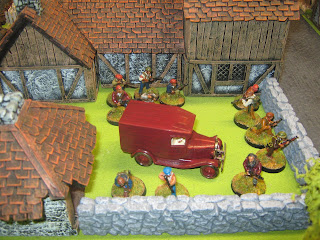 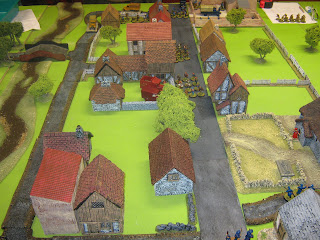 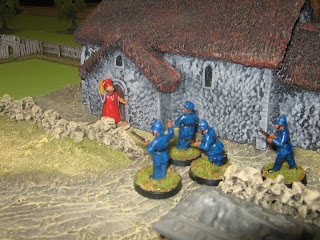 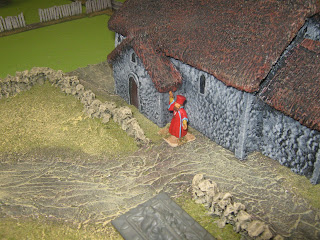 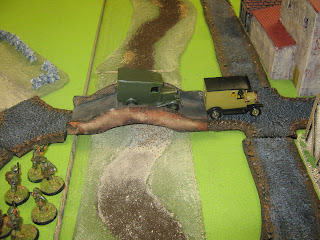 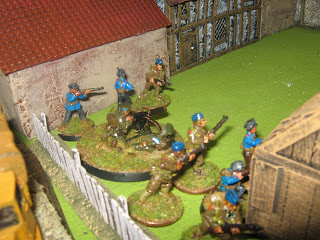 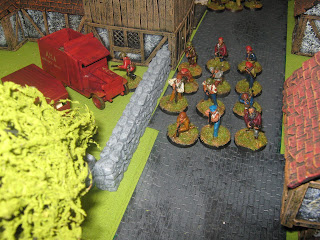 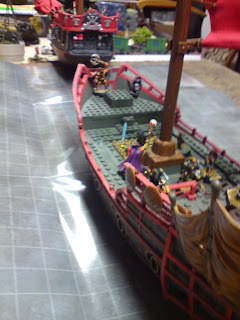 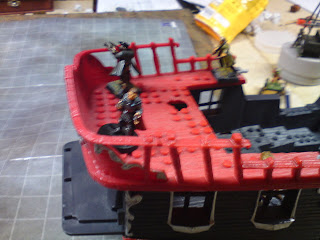 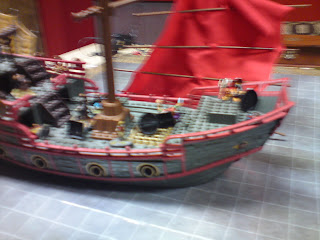 as the pcs get to colvin they call in the lee shore tavern ,the pcs mingle as the barbarian and preist slip away to check the docks,they see a ship sailing out the harbour,they get the rest of the gang and board the only ship left in port and give chase. the capt of the ship sees lothor standing on the stern waveing is arms at the water,the the water starts to get realy stormy a large water elemental trys to grab the barbarian and one of the crew they both do a athletics test and pass before they were draged over bored,when the storm setled the boat was so badley damaged it had to return back to colvin he got away again.
Posted by harry at 05:52 No comments:

where they come from 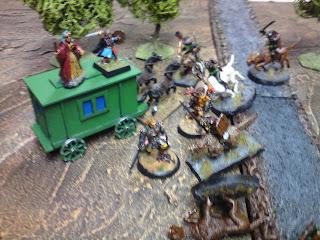 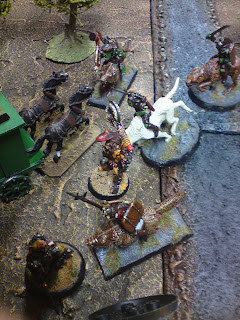 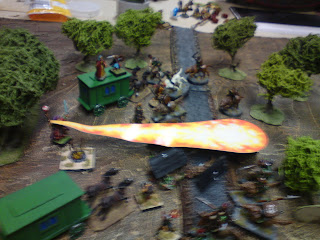 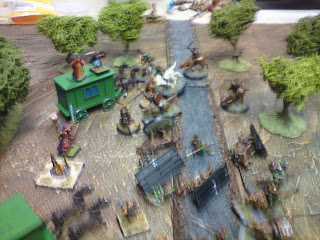 after the scorpoin attack the pcs carried on they set up camp for the night ,about 0230 in the morning the sentry herd a noise it was orks trying to sneek up on the camp,thats a no no for a start hows a ork going to sneek up for a start,grunting,as they attacked the priest jumpt to is feet at the same time a flame shot from is hand ingolfing the centre of the charging orks and wolves they just melted to the ground as the other orks just froze to the spot the other members charged in catching the orks of guard,the barbarian took down the group commander in one sliceof his sword and the dwarf+fighter took out the shaman out before she could think of a spell plus a few more in the centre girwain the noble took out 3 on his own he said that what you get for waking a gentlman without a cup of tea.only one ork made it out in one peace.
Posted by harry at 08:50 No comments:

A couple of shots from a small ww2 skirmish involving Germans and Brits fighting over a hamlet somewhere in Normandy. Not to sure of the eventual outcome as concentrating more on running the sci fi game 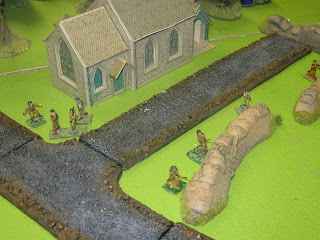 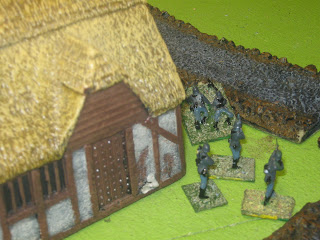 German infantry taking up position
Posted by Neil Scott at 10:36 No comments:

This site is dedicated to the South East Northumberland Wargames group. We are based in Newbiggen By Sea in Northumberland at the Local Sport Centre. The Club meets every Thursday night from 7pm to 10pm. There are good car parking facilities as well as a bar for refreshments.

The Club games in a variety of periods and scales from ancients to WWII, 6mm to 28mm. There is also a number of Roleplaying games running at any time.

All visitors welcome as we are always on the lookout for new members.